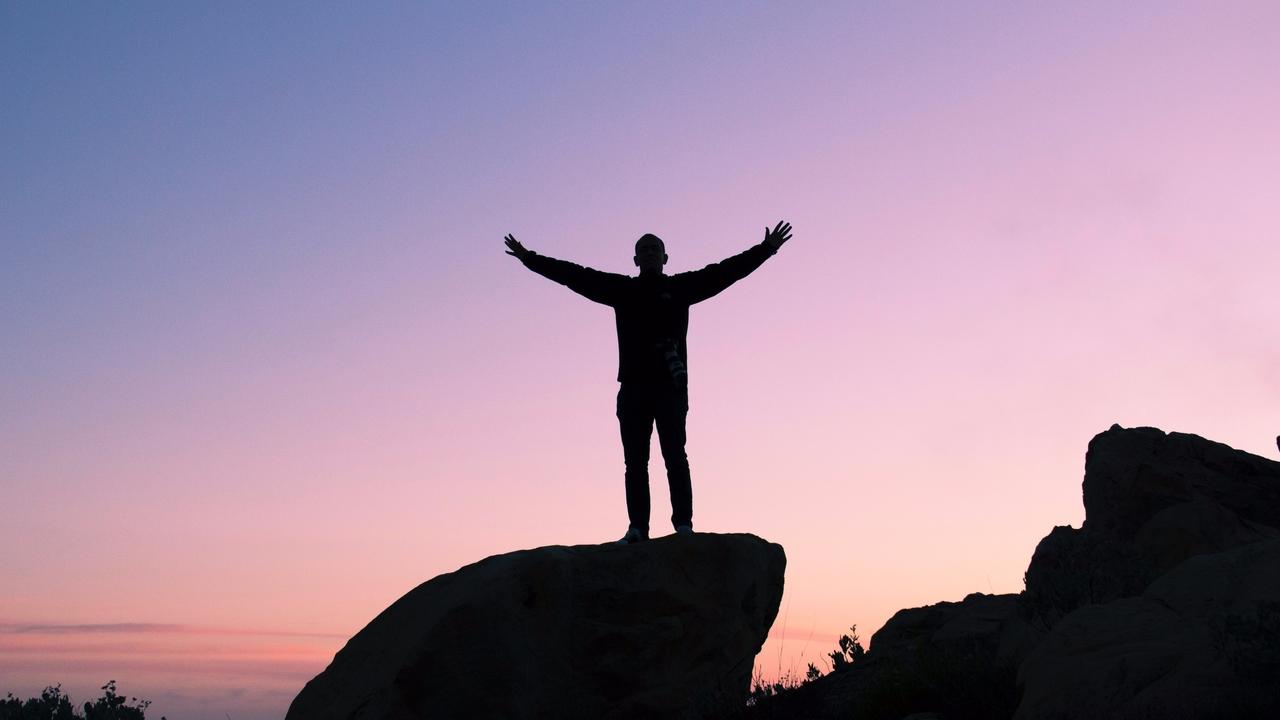 How Gratitude Can Help Us With Running Struggles

In the summer of 2010, LeBron James made a major announcement: He was leaving his hometown NBA team the Cleveland Cavaliers to join the Miami Heat. In an ESPN interview announcing the decision, he said, “One thing I didn’t want to do was make an emotional decision. I wanted to do what’s best for LeBron James and to do what makes LeBron James happy.”

Psychologists have since pointed to James’ language choices — switching from the first person to the third person — as a deliberate strategy he used to manage his emotions. Maybe he knew it would have been easier and more comfortable to stay in Cleveland. Maybe he thought he might actually be happier if he stayed in Cleveland. But maybe he also knew his career would only grow if he took the leap and went to a bigger-market team.

A study published by the American Psychological Association’s Journal of Personality and Social Psychology backs up the evidence supporting this strategic language tool. The study’s authors note, “Current research demonstrates that small shifts in the language people use to refer to the self as they engage in this process consequentially influences their ability to regulate their thoughts, feelings, and behavior.”

In a nutshell: If we take our feelings and emotions out of our analysis of a specific challenge we’re facing in life or in running, we can detach and view it objectively and more holistically.

Let’s look at an example. Let’s say you weren’t able to run this morning because it was pouring outside (and you don’t own a treadmill). Then you went to work and had a rough day. Maybe you even ended up having to work late and then had to rush your kids to whatever scheduled activities they had this evening, only to come home and make them a late dinner and put them to bed. You finally push your tired self out the door for a run a little after 8 p.m. and realize you’re scheduled to run some tempo miles. After you warm up and hit your goal pace on the first tempo mile, you notice you’re running out of gas fast and there’s no way you’ll be able to hit that pace on this mile or the next one.

What is your mindset at this critical moment? Are you beating yourself up? Is it, “What is my problem? Why can’t I do this?” If you’re like most people, those are the questions you’re probably asking yourself.

But we challenge you to flip that negative perception around the struggles you face — again, in life or in running — to a positive one. Specifically, to an attitude of gratitude.

We know it’s not easy. And maybe you start off slow and make a small, neutral shift in the beginning, like telling yourself after a run you struggled with that at least you got your run in, because that is a positive. You have the ability to run. That’s something not everyone can say or count as a blessing.

If you start saying that out loud after a tough run, and cut off those negative feelings that creep in, it can do wonders to help your mindset shift to a more positive one. Then, maybe, after that neutral sentiment starts feeling more and more natural, you can switch to one of actual gratitude for the struggle. Before a tough tempo run, for instance — one you might normally dread — you can say, “I’m grateful for this run because I know it will help me to become a better runner.” Again, say it out loud, and repeat it during the run when you’re struggling.

We know, too, that it might seem counter intuitive. We’re asking you to practice gratitude before you actually are grateful, in a sense. That’s all part of our belief system, though. We challenge all our runners to flip their mindset from one of have, do, be to be, do, have because we know that life will always get in the way if we don’t practice being the athlete we want to be today, despite everything else we have going on. So we have to be the athlete we want to be today and do the things an athlete would do today if we want to have the lifestyle and achievements an athlete has. In this same way, we challenge you now to practice being the person who is grateful first before you actually have the gratitude.

The health benefits of gratitude

When you can detach judgment and emotions and instead be grateful for your difficulties, stumbles, and misses during the day, gratitude can truly be life changing,

The evidence of gratitude’s positive effects are endless, but consider just two examples of positivity’s beneficial influences upon physical wellness: A 2012 study, which concluded that grateful people experience fewer aches and pains and report feeling healthier than other people, and more recent research that suggests feelings of gratitude increase oxygen levels in our tissues, speed healing, and boost our immune system. (And, if that doesn’t do it for you, how about Olympic medalist and American marathon record-holder Deena Kastor’s observation that, “I love challenges and hurdles because they are opportunities”?)

Those challenges and hurdles life presents to us are opportunities to grow and to learn. What can you learn from a tough run? That’s our challenge to you this week. We’re asking you to find a struggle you’re grateful for between now and Wednesday. Then post it on our Tribe Facebook page if you’re a member (or request to join if you’re not). Start your post with, “I am grateful for… ,” then write out what run or workout or dietary self-challenge you struggled with this week and why you are subsequently grateful for it. Then say it out loud and publish it.