0
Other Episodes and Articles 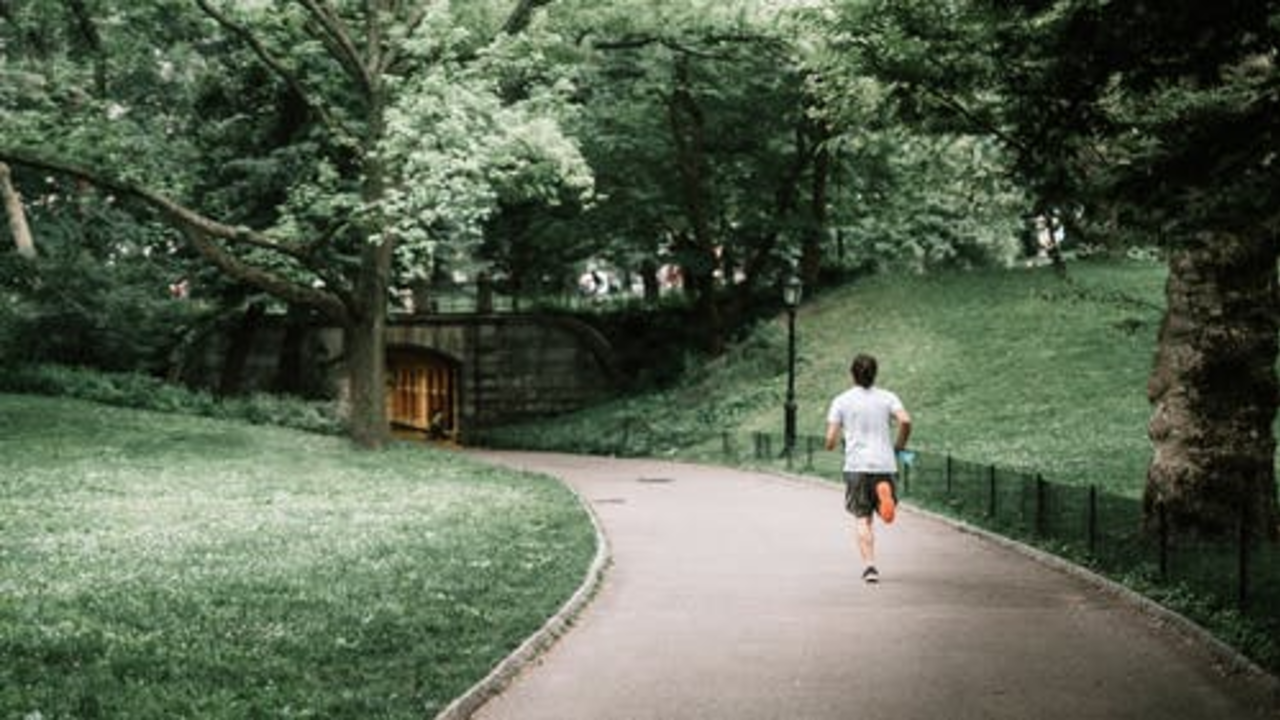 Running slower to become a better runner may seem counterintuitive, but it’s a scientifically backed method to run faster and farther. Maybe you’ve heard of it but have dismissed it because logically, it doesn’t make sense.  How can running slowly make you faster?

It will.  Today, we want to introduce you to this concept that we guarantee will give you results, whether your goal is a new time or distance PR or running without pain. In fact, running slower to run faster can help you achieve all these goals simultaneously. We’ll explain.

How did you get into running?

Think about how you first entered into running.  Depending on your background, you probably have an association with running that’s deeply ingrained in you, and you may not even realize it.

Did you get into it because you liked racing?  Some of Kevin’s earliest memories of running were racing neighborhood kids down the street. As he progressed through high school and college, this racing mentality led him to feel that if he wasn’t running with the fastest guys and always pushing himself, even on the easy days, he wasn’t improving.

Were you first introduced into running via team sports as required conditioning or a punishment?  Some of Angie’s first experiences with running were just that -  mile warm-ups before volleyball practice and sprints if someone on her team made a mistake or was fooling around.  These were not relaxed and easy runs.  They were rough, punishing, hard, and unenjoyable.

Did you start running as a way to get in shape or lose weight?  That could have led you to view it as something you just had to power through to get the result you wanted. A means to an end.  Push more.  Do more.  Run harder.  Burn more.

Whatever your reason for getting into running, if you’ve made it this far — far enough to seek out additional resources, listen to running-related podcasts and join community groups dedicated to the sport — you’ve probably found some of the benefits running can bring (or at least you want to!) and have ultimately stuck with running because of those.

Now, you’re looking to improve.  You want to run faster, run longer, or just have running feel better.  You keep trying.  You keep pushing.  But you’re not achieving the results that you’re looking for.  You think there has to be a better way.  And there is.

Remember that you can’t keep doing the same thing and expect a different result. If you’ve been pushing day after day, workout after workout, and still haven’t reached your goal, it’s time to try something else.

The case for running slow

Let’s start with something that makes sense.  Put simply, the easier you go, the longer you can last.  You don’t tire out as quickly at an easier pace, so running slower can help you to run longer.  Ok, most people can get on board with that one.

What about getting faster?

To answer this question, we will start by looking at what lactate threshold means. It’s defined as the fastest pace you can run without generating more lactic acid than your body can use and convert back into energy.  When you push past your lactate threshold, your body essentially becomes too acidic and starts shutting down. In a nutshell, it’s what causes you to fizzle out or “hit the wall” during a race or hard training run. So, the goal of most runners is — or, at least, should be — to increase that lactate threshold in order to run faster and run farther.

To increase that threshold, you have to consider science:

These physical changes happen whether you’re running slow or running fast, it’s true — but they happen at much higher levels when you run slowly.

Think of it as a way to build your body’s capacity to run faster. When you’re running slowly, your body is increasing its mitochondria and capillary production and making it easier for you to run faster the next time you face a hard training run or race.

It’s laying the groundwork you need to improve as a runner.  You are literally improving your body’s ability to produce energy and improve the speed and efficiency of getting blood to the working muscles.

So by running slower, you are building the foundation to both run faster and longer.

Time to use this concept and really “let it go”

Ok, so now you’re onboard with the idea, but how do you really put it into practice?  It may seem easy to run easy, but it’s actually something that a lot of runners struggle with.  We naturally push ourselves to a more medium/moderate pace, so you may have to consciously try to slow yourself down.  It may be harder than it seems.

It’s important to note that your easy pace probably won’t feel the same every day. It can vary based on a multitude of factors, such as how you’re feeling, how well you slept the night before, weather conditions, or stress from other aspects of your life, like your job or your family. That’s why we urge you to focus on the effort level of that easy pace and not the number on your watch.

On a scale of 1 to 10, we consider an easy pace a two, or an L2. But you can also determine your easy pace by your ability to hold a continuous conversation at that speed, or while singing one line of a song, like the “The Star-Spangled Banner” or “Let It Go” from “Frozen.”  Go ahead.  Do it.  Sing while running and see how it feels.

Now, how often do you need to run easy?  Surprisingly, you should be running the MAJORITY of your runs at your easy pace. That equates to about 80 percent of your runs at an easy pace and only about 20 percent of them at a harder pace or paces (yes, that even includes the medium/moderate efforts and paces).

That 80 percent can even jump to 90 percent if you’re increasing your mileage to train for a longer distance race like a full marathon.  Easy running helps minimize the strain on the body, allows for the adaptations noted above, and builds the foundation to allow you to do more without injury.  If you’re looking for continuous improvement to run faster and longer without injury, easy running is key.

So, go find your easy pace. Embrace it. Enjoy it. Reap the benefits.

Challenge of the Week:

Enter your name and email to take a quick 3 minute quiz and find out what kind of a runner you are...