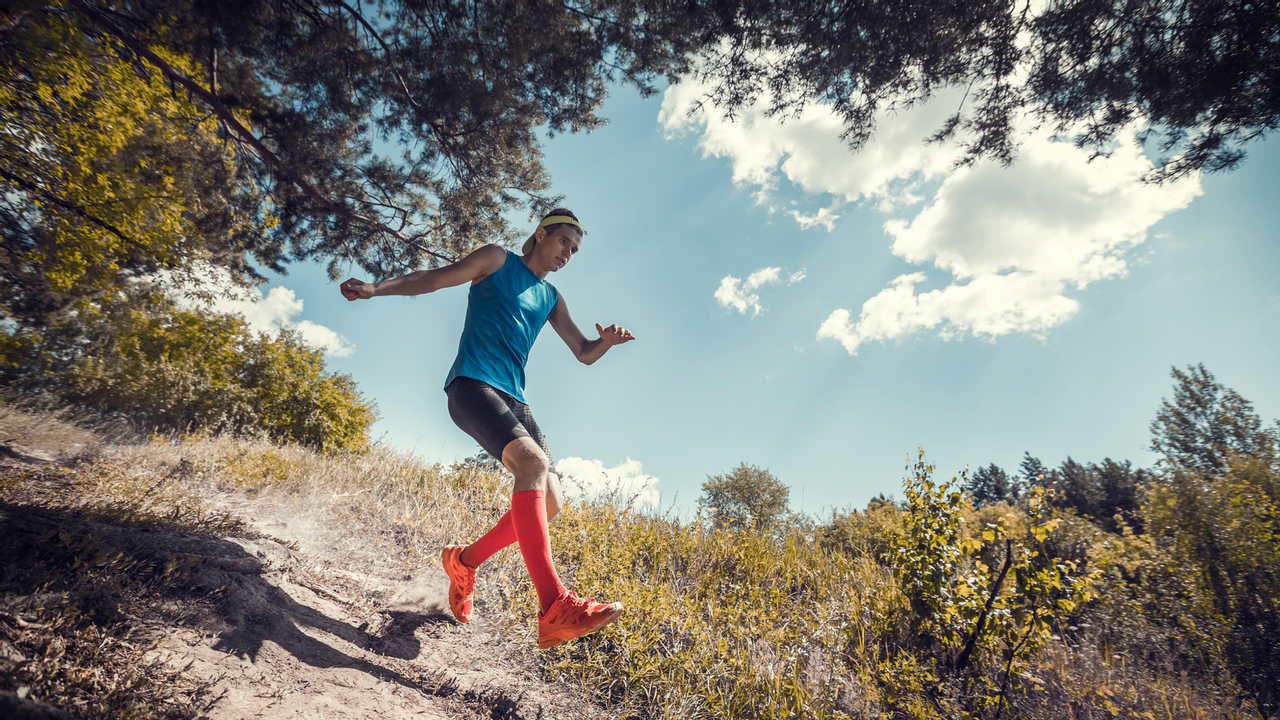 The Call of the Trails

Trail running is the stuff of legends. At least its origins are. The sport’s beginnings are murky and much debated among runners and sports historians.

Some claim the first official trail race took place in Scotland in 1,000 B.C. as a way for the king to choose a fast messenger. And most agree that modern trail running began in England in 1820 in the form of the Paper Chase game, often called Hare and Hounds — a foot race where a chosen “hare” runs to an agreed-upon endpoint, leaving behind trails of paper for the “hounds” to follow. The goal, of course, is for the hounds to catch the hare before he or she arrives at the end of the race.

In the United States, the sport was reportedly born in 1905, with the inaugural running of the Dipsea Race. The idea for the race had originated a year prior, in 1904, when some San Francisco runners made a friendly bet to see who could get from the Mill Valley train depot to the newly opened Dipsea Inn on Stinson Beach the fastest.

Today, the Dipsea Race — a 7.5-mile trek through the 2,571-foot Mount Tamalpais trails — is still known as one of the most challenging yet scenic races in the country, and is considered the second-oldest major running race in the United States behind the Boston Marathon, which was first run in 1897.

The rise of trail running

Although the sport itself isn’t young, trail running’s popularity didn’t begin to surge until the past few decades. Some of its most popular races, in fact, are less than 20 years old, such as the now-famous Ultra-Trail du Mont-Blanc (UTMB) event in Chamonix, France. The UTMB is credited with bringing the trail running boom to Europe when it was first held in 2003. And its popularity is still very much on the ascent: Applications for the event rose 68 percent from 2016 to 2019.

Indeed, according to the International Trail Running Association (ITRA), trail running is now one of the world’s fastest-growing sports. Since the mid-1990s, participation in the sport has grown 15 percent each year, with a current record of 20 million trail runners worldwide. From 2013 to 2019, the ITRA recorded more than 25,700 races in 195 countries with nearly 2 million participants.

It didn’t hurt that in 2015, the World Athletics organization — the international governing body for sports like ultrarunning, track and field, and mountain running — formally recognized trail running as an athletic discipline.

The allure of the trails

Officially, trail running is defined as running in a natural environment (terrain can include sand and dirt roads, and forest, desert and mountain trails) with a total distance over cement or asphalt roads not exceeding 20 percent. Although distances can range from a few kilometers to 80 kilometers or more for ultra-trail events, trail races are based on the concept of self-sufficiency, meaning athletes have to handle their own gear, food and drinks between course aid stations.

That might be why trail running’s popularity is often attributed to its focus on the individual challenge. It’s less about beating a certain time in a certain distance and more about pushing yourself to tackle various types of terrain and taking in the experience. By focusing on the effort and not so much on pace, trail runners are able to enjoy the journey, take in the sights and forego the watch.

Today, trail running is expanding into Asia and South America. This Nov. 11, four international running organizations — World Athletics, World Mountain Running Association, ITRA and the International Association of Ultrarunning — are coming together to present the first-ever World Mountain and Trail Running Championships in Chiang Mai, Thailand. The weeklong event will include four races, with courses ranging from 12 kilometers to 80 kilometers.

5 tips for getting out there

If you’d like to join the trail running fun but aren’t sure where to start, here are five tips to get you going:

First, you have to find a place to run, of course. You can use resources like the American Trail Running Association’s Trail Finder or Canada’s AllTrails site. You can also visit your local running store or consult your local parks and recreation department.

Going for a run up a mountain? Consider adding layers to your clothes so you’re prepared. Will your route take you onto a beach? Again, layers are probably your friend. The bottom line here is to consider the entire duration of the run when you dress.

Take along a friend the first few times you run trails, or a map. And, if you’re by yourself, let someone know where you’re going and when you plan to return.

How much you eat and drink before, during and after a run will vary based on the distance and elevation of your route. Always make sure you stay hydrated and have an energy bar or gel on hand in case you lose your way and the run ends up taking longer than planned.

The appeal of trail running is often the widely varied terrain—the peaks, valleys, beaches, canyons and everything in between. But you don’t want to do too much too soon if you haven’t run a trail before. Start out with something relatively flat with a gradual incline, for example, or pick a steep route that isn’t very long.