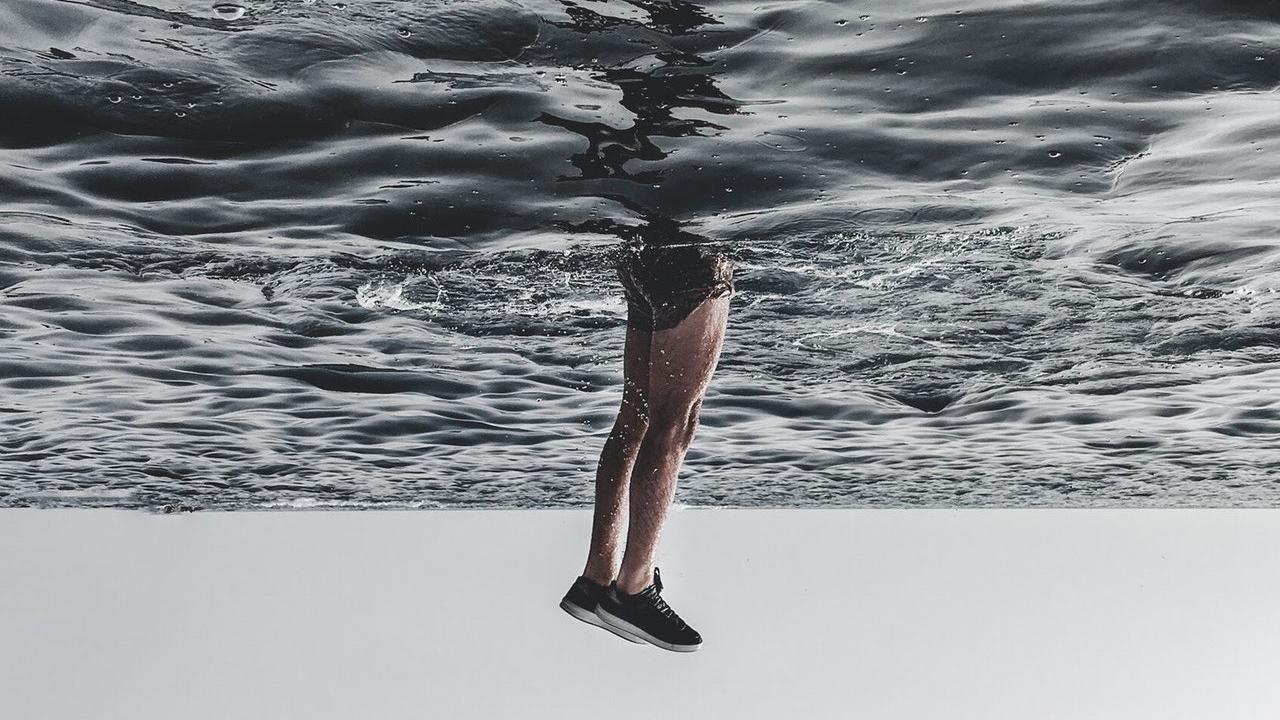 You may think the calves are only used in running to help propel us forward, but they’re actually involved in every motion of the run. It’s important to understand how critical our calves are to our running form because as we age, our calf function and strength tend to decline, which can affect our form and, potentially, lead to injury. In fact, according to the Mayo Clinic, calf injuries are among the most common form of injury affecting runners over age 40.

That’s why keeping our main calf muscles — the gastrocnemius (pronounced “gas-trok-nee-mee-uhs”) and the soleus (pronounced “soh-lee-uhs”) — strong and healthy is critical the older we get.

What’s actually going on when you run

Your running form is a whole lot more complicated than you may think, and involves more coordination than you can probably imagine. To quote Kevin, “Running is a beautifully choreographed dance of muscles that are contracting and relaxing.” (He really did miss his calling as a poet.)

So, let’s break down the four main phases of the running motion:

The first phase is foot strike, also known as foot landing. During this phase, your foot hits the ground and, as Newton’s third law of motion states, absorbs the equal force that the ground then exerts back into the body.

Once your whole foot is on the ground, it’s called the transition phase. During this phase, the body weight comes forward and your foot goes from landing to flush against the ground as it prepares to push off.

In transition, your body uses its muscles to provide force against the equal force the ground exerts.  It also needs a lot of muscle strength and stability to balance all of your weight on one leg as it’s quickly moving forward.

In this phase of running, you roll onto your toes and literally push off the ground. This is the phase in which our calves propel us forward, and may be the only phase you think of as involving the calves — though they’re actually activated through all four.

The spring and the engine

It’s important to understand the four phases of gait in order to grasp how your body uses energy efficiently during a run. To get the most energy, or power, out of your body as possible, your tendons need to be tightly coiled, like a spring.  This is a time where stiffness is a good thing.  If the tendons in your legs and ankles are stiff, they absorb the force from the ground when you strike it, then use that energy to propel you forward. If they’re not very stiff and don’t have that springiness, your calf muscles have to work harder to power that propulsion.

If we think of the tendons as a spring, we need to think of the body as an active engine. This is where we think of the calf muscle during the push-off phase of the gait, and the hamstring, for example, contracting to bend the knees and extend your hips.

As long as the tendons are springy and the rest of your lower-body muscles are active and strong, running is a constant cycle of muscles activating and then relaxing. Your body knows exactly what to do and reacts into the motions naturally, so much so that you don’t even have to think about them.

When the calf muscles have to do more than they should, though, because other muscles involved in the gait cycle are weak or the tendons aren’t springy, it can lead to overcompensation and muscle overuse, which can lead to injury. Because we lose muscle mass naturally the older we get — through a natural part of the aging process known as sarcopenia — neglecting our calf muscles can leave us sidelined.

What happens as you age

A little over 20 years ago, Paul DeVita, a professor of kinesiology at East Carolina University in Greenville, N.C., and president of the American Society of Biomechanics, and his colleague Tibor Hortobagyi published a famous study that found that when older people walk, they take shorter steps than younger walkers and rely less on the muscles around their ankles and more on the muscles around their hips to complete each stride.

DeVita suspected that a similar change in form might be occurring among runners and, in 2016, published a study that lent partial evidence to his belief. Specifically, DeVita found that runners over age 40 show less strength and activation of the muscles in their lower legs, especially those around the ankles and calves, which leads them to push off more weakly with each stride and not rise as high in the air during their stride as younger runners. This change in form only accelerates as runners reach age 50 and older, according to the findings. The study also found that, with each passing decade, a runner’s stride length and speed drops by around 20 percent.

What DeVita and his colleagues did not find in the study, though, was an increase in the use of hip muscles among older runners, as they had noticed in older walkers. That means that while older runners use their ankle and calf muscles less as those muscles weaken, they don’t use any other muscles more — they just run slower.

DeVita concluded that the calf and ankle muscles in the body age earlier than other muscles, which is why Achilles tendon and calf injuries tend to increase as runners age. The body may, DeVita said, simply recognize how much harder it has to work to maintain the same speed and choose to slow down instead as a “protective adaptation.”

What you can do about it now

If you understand the role of calf muscles in running, the potential for injury if they have to compensate for other muscles, and the fact that they begin to weaken after age 40 and cause your pace to slow, you’re probably wondering what you can do to strengthen them now.  The answer?  Plenty.

Warming up and cooling down, strengthening exercises, stretching, and running drills like heel or toe walking, skips, and calf raises are all ways you can help maintain the springiness of your calf muscles, improve the stiffness of your tendons, and continue to run injury-free as you age.

That’s why we’re hosting a calf raise challenge this week. We want you to gently hold onto a surface and count how many single-leg calf raises you can do on each side until you fatigue (can no longer maintain a rhythm of one second up and one second down). Write down how many you can do on each side then head over to the Facebook Tribe or Instagram and post your numbers.  Distance runners should be able to do 30 repetitions at a minimum on each leg.  50 is even better.

Not there yet?  That’s ok.  Now you know one thing you can do to improve.
Now get out there and run your life.